How To Get The Most Heat From A Fireplace

VentFree is reader-supported. When you buy through links on our site, we may earn an affiliate commission.

When you buy through links on our site, we may earn an affiliate commission.

My house gets a lot of heat from the fireplace during the winter. The fire is always going and it’s one of the best parts about living in my house.

But what if your fireplace isn’t producing all the heat it has the potential to?

When sitting close to a wood-burning fireplace, it can seem that the fire is not producing much heat.

But in reality, most of the heat is being lost up in the chimney rather than going to your home.

While fireplaces provide a focal point for any space, their capacity to distribute heat may be less than desirable if not utilized appropriately.

Various factors determine how much heat a fireplace can produce (even the fireplace’s colors!)

So, what to do for you to get more heat from your fireplace? Here, we have put together wonderful ways on how to get the most heat from a fireplace.

Here’s How To Get More Heat From Your Fireplace

You should use kiln-dried or seasoned wood since they typically have lower moisture levels. Do not use wood that looks green or has been cut recently.

Seasoned wood has been dried after being cut to enable moisture to evaporate from it. Usually, wood that has been cut has a moisture content of about 60%, and this is too much to burn fully.

Because of its high moisture content, such wood will be difficult to light and produce a lot of smoke from the fire.

Wood that has a moisture content of 20% or less is typically advised for use in a fireplace since wood with a higher moisture level than 20% becomes more difficult to burn, producing more smoke as a consequence. 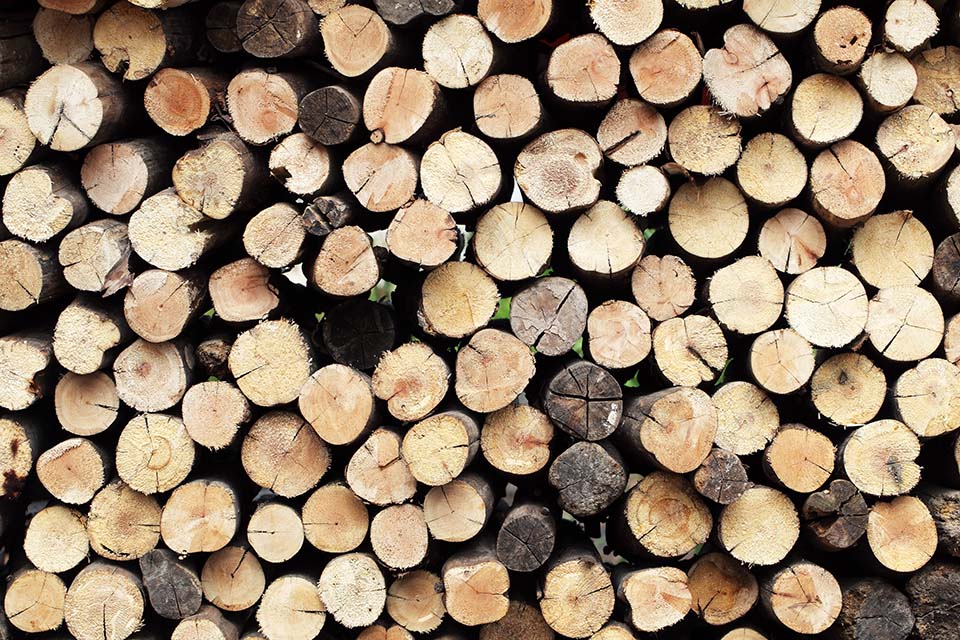 To get the most heat over time, use hardwoods. To generate hotter but shorter-lasting flames, burn softwoods.

Hardwoods are denser than softwoods, meaning they burn more slowly and require less wood throughout the fire. As a result, you’ll get more heat out of each piece consumed.

Hardwoods and softwoods have different amounts of sap. Burning softwood produces more soot and other particles, which may build up in your chimney.

Hardwoods require more time to grow, dry and are more difficult to ignite, but they burn the longest and generate the most heat over each piece.

The faster-growing softwoods, such as cedar, are quicker to dry and light, burning far more quickly than hardwoods. Whatever wood you pick, ensure it’s completely dry.

Softwood should start making a fire to make the wood burn faster. Hardwoods should be used to keep a fire burning after the initial supply of hot ash.

Hardwoods can be used to keep the fire burning for longer and hotter after a layer of hot ash has been found in the fireplace. 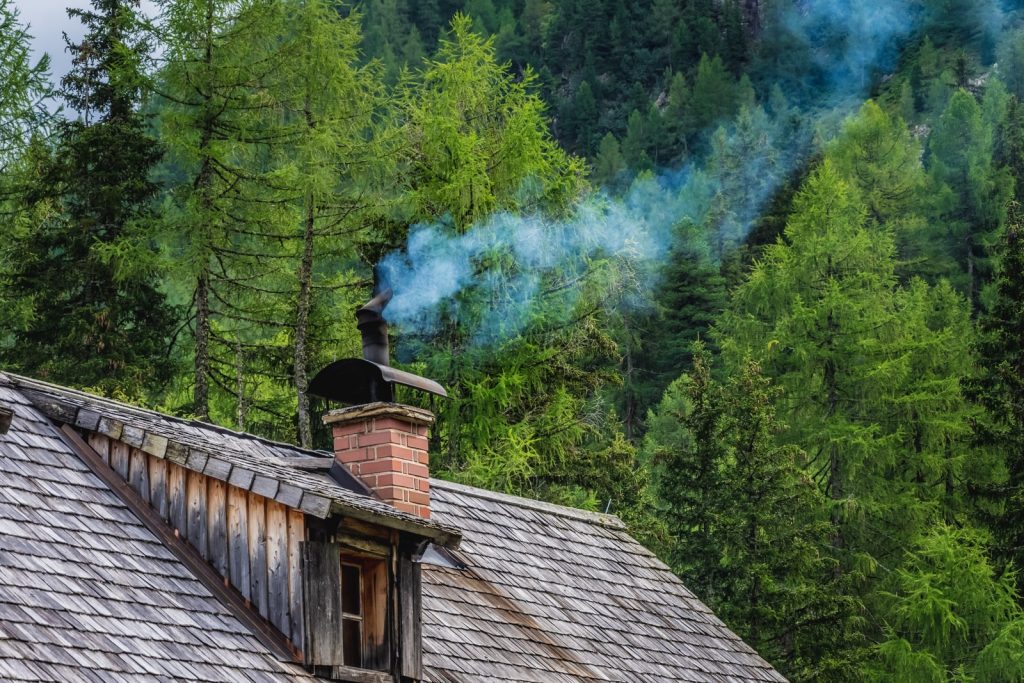 A clean chimney (learn how to clean your chimney) helps produce a good burning fireplace. Over time, soot and particles may form in the chimney since it’s used daily.

The amount of soot in the chimney will make its diameter smaller, affecting how efficiently it draws air from the fireplace. The chimney’s airflow will be restricted when there is more suction for air up the chimney.

Creosote is also produced by burning wood, which might accumulate in your chimney and coat the walls. If not dealt with, creosote may cause chimney fires due to its combustible nature.

To improve the heat output of your fireplace, have your chimney swept at least once a year. A clean chimney aid in the maximum draw of the fireplace, allowing for greater air intake and increased heat output. 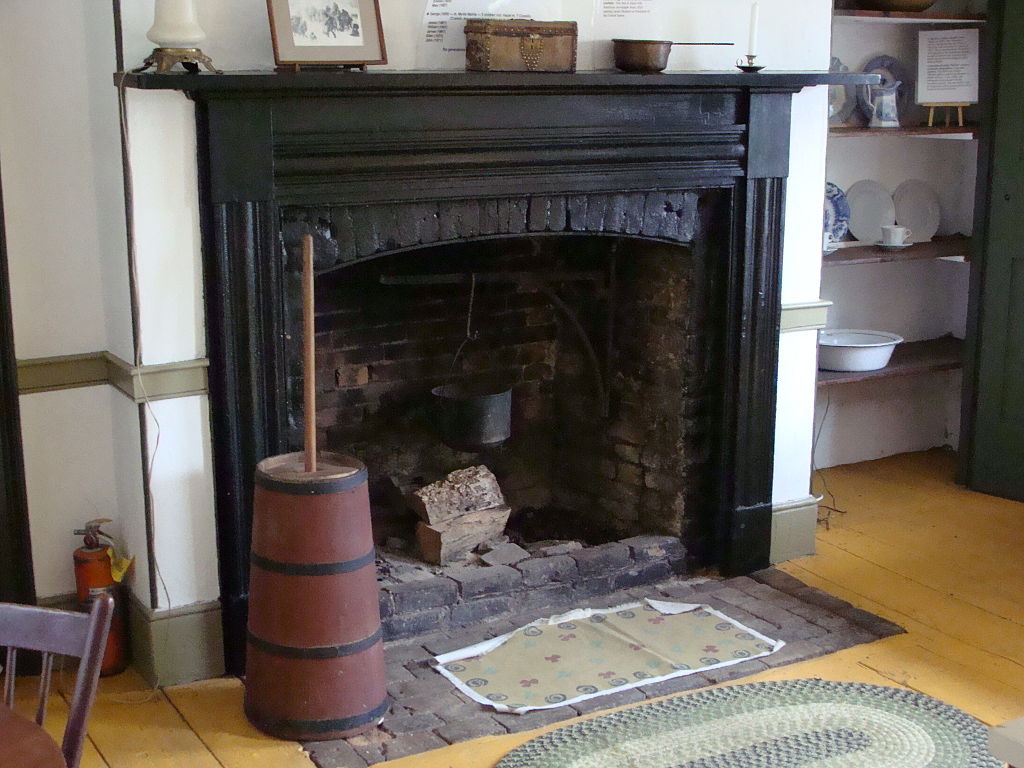 Examine the damper in the fireplace to make sure it’s fully open, allowing for optimum air intake up the chimney, which will increase the amount of air flowing to the fire.

A damper is generally kept open between blazes to prevent heat from escaping.

When the damper is open fully, the wood is likely to burn faster and hotter due to increased airflow.

Providing fresh air to the room in which your fireplace is installed may be just as crucial as maintaining your damper open and your chimney free of soot. A chimney is used to remove air from the fireplace and from your house.

The air that escapes from the fireplace must be replenished, and if there isn’t adequate ventilation in the space, a vacuum may be generated.

A gas-powered fireplace needs a larger chimney than an electric one, and this might cause the chimney to restrict airflow from your fireplace. As a result, fresh air will not enter into the fire. You’ll need to get the fire going right from the start to enhance your wood-burning fireplace’s heat output.

This entails correctly setting up the fireplace to maximize how fast the fire takes hold.

Start by laying a few crumpled papers (but not too tightly) in the fireplace, as well as a few dry pieces of kindling on top. You may then complete the fire with tiny logs placed on the kindling.

You can use a fire starter tool or some of these household fire-starting hacks.

The fireplace is a great source of heat in my house. It keeps the house warm and cozy.

To install new chimney flashing, you will need...